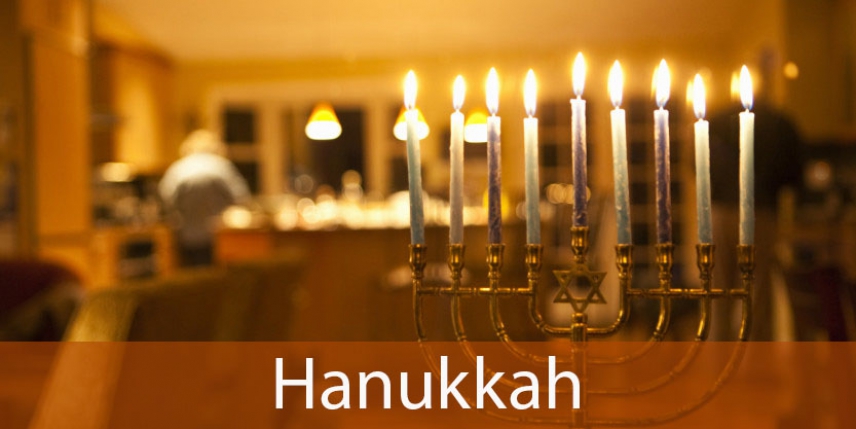 During the four hundred ‘silent years’ between the Old and New Testaments, events occurred which could threaten to destroy the Jewish people and Israel. However, the G-d of Abraham, Isaac and Jacob was not about to let His people and the Messianic line be destroyed…

On the evening of the 10th December, corresponding to the 24th day of the Hebrew month of Kislev, Jews all over the world will begin celebrating the Festival of Lights (also known as the Feast of Dedication), known in Hebrew as ‘Hanukkah’ which is the Hebrew term for dedication. ‘Hanukkah’ is celebrated to commemorate the victory of the Jews over the Hellenist Syrians in 165 BCE.

The ‘Talmud’, which is the Jewish oral law, relates how the Judean heroes, led by Judah Maccabee, were making ready to rededicate the Temple but were unable to find enough undefiled oil to light the lamps. However in one of the Temple chambers, they finally came upon a small jar of oil which under normal circumstances would have lasted only one evening. Miraculously, this small amount of oil kept the Temple lights burning not for one night, but for eight nights until new oil, fit for use in the temple, could be obtained. This is the miracle commemorated by the kindling of the ‘Hanukkah’ lights.

In Jewish history, Judah Maccabee is acclaimed as one of the greatest warriors in Jewish history alongside Joshua, Gideon and David. The name Maccabee is an acronym for the Torah verse ‘Mi kamokha ba'elim Adonai’, “Who is like You, O LORD, among the gods?” (Exodus 15:11).

The ‘Megillath’ (which is the portion read during ‘Hanukkah’) declares that the Maccabee family fasted, sat in ashes and prayed to G-d for mercy; it then goes on to say “then a good plan came to their mind.”

‘Hanukkah’ is celebrated for eight days. On the first night of ‘Hanukkah’ one candle is lit; on the second night two candles are lit until the eighth night when all eight candles are lit. Traditionally, the ‘Hanukkiah’ (8 branched candelabra), is placed in windows of Jewish homes for all to see and enjoy.

‘Hanukkah’ is a very joyous festival, and it is traditionally a time when families get together, songs are sung, ‘sufganiyot’ (a type of donut) and potato ‘latkes’ - also known as ‘livivot’ (potato pancakes) is eaten, and children receive ‘Hanukkah gelt’ (money). 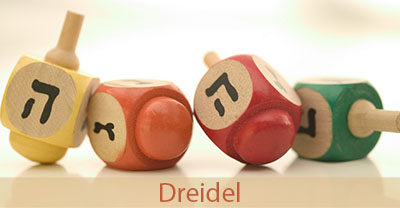 Another Tradition is playing a ‘Hanukkah’ game with a spinning top known as a ‘dreidel’.

The ‘dreidel’ is one of the best known symbols of ‘Hanukkah’. It is a four-sided top with a Hebrew letter on each side.

The letters on the ‘dreidel’, ‘Nun’, ‘Gimel’, ‘Hey’ and ‘Shin’, stand for the ‘Nes Gadol Haya Sham’, which means ‘A Great Miracle Happened There.’

In Israel, the modern-day land of Judea in which the story of ‘Hanukkah’ took place, the letters on the ‘dreidel’ are ‘Nun’, ‘Gimel’, ‘Hey’ and ‘Peh’, which stand for ‘Nes Gadol Haya Poh’, ‘A Great Miracle Happened Here.’

The word ‘dreidel’ comes from a Yiddish word meaning to turn. The Hebrew word for ‘dreidel’ is ‘sivivon’.

According to some historians, Jews first played with a ‘dreidel’ during the rule of the Greek King Antiochus'. In Judea, Antiochus had outlawed Jewish worship; so the Jews would play a game with the ‘dreidel’ as a ruse to conceal that they were secretly studying ‘Torah’.

‘Hannukah’ brings me to another light; the ‘Light of the World’, Yeshua.

There is a lesson to be learnt from ‘Hanukkah’.

‘Hanukkah’ is known as the ‘Festival of Lights’ and a great Jewish hero emerged out of that time – Judah the Maccabee. G-d performed an amazing miracle at that time by allowing oil enough for only one day to last eight days.

So, here is the lesson of ‘Hanukkah’: G-d has called you to be a ‘Judah’ for Him by showing His light to a world in darkness.

The ‘hanukkiah’ which is placed in the windows of Jewish homes by the light it gives, show people that this is a home in which Jewish people live.

The ‘hanukkiah’ of Yeshua which is within every Born Again follower of Yeshua – both Jewish and Gentile followers of Yeshua by the light you give, will show people that you are a ‘home’ in which Yeshua lives.

To all who read this, through kindness, concern and caring, be a light for Almighty G-d by showing His light of love to the world.

We take this opportunity to wish Jewish people all over the world a very happy ‘Hanukkah’.