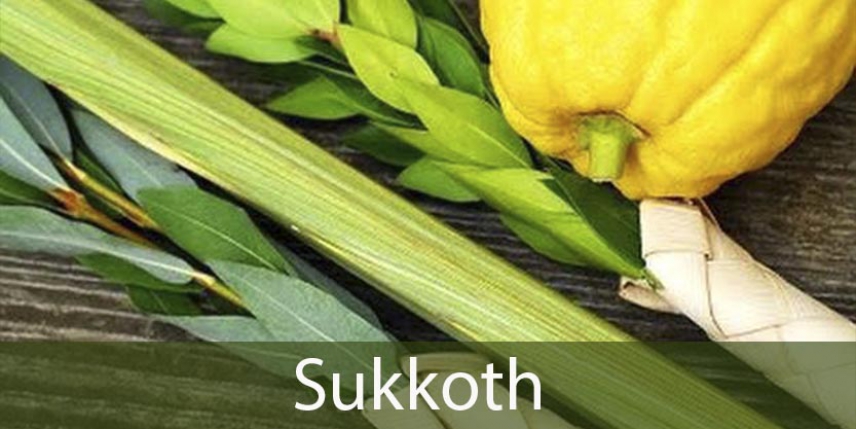 “...On the fifteenth day of the seventh month is the Festival of Sukkoth, seven days for the Lord.” - Leviticus 23:34

At sunset on the 2nd October 2019, corresponding to the 14th day of the Hebrew month of ‘Tishrei’, Jews all over the world will begin celebrating the festival of ‘Sukkoth’.
‘Sukkoth’ begins the fifth day after ‘Yom Kippur’, and it is quite a drastic transition, from one of the most solemn holidays in the Jewish year to one of the most joyous. ‘Sukkoth’ is so unreservedly joyful that it is commonly referred to in Jewish prayer and literature as ‘Z'man Simchateinu’, the ‘Season of our Rejoicing’.

‘Sukkoth’ is the last of the ‘Shalosh R’galim’ (Three Pilgrimage Festivals). Like ‘Pesach’ (Passover) and ‘Shavuot’ (Feast of Weeks), ‘Sukkoth’ has a dual significance: historical and agricultural.
Historically, ‘Sukkoth’ commemorates the forty-year period during which the children of Israel were wandering in the desert, living in temporary shelters.
Agriculturally, ‘Sukkoth’ is a harvest festival and is also referred to as ‘Chag Ha-Asif’, the ‘Festival of Ingathering’.

The word ‘Sukkoth’ means “booths”, and refers to the temporary dwellings that the children of Israel were commanded to live in during this holiday in memory of the period of wandering in the desert. The name of the holiday is also translated “Feast of Tabernacles”.

‘Sukkoth’ lasts for seven days. The two days following the festival, ‘Shemini Atzeret’ and ‘Simchat Torah’, are separate holidays but are related to ‘Sukkoth’ and are commonly thought of as part of ‘Sukkoth’.

In Jewish custom, no work is permitted on the first and second days of the holiday; however work is permitted on the remaining days.
Jewish people the world over build a ‘Sukkah’ (booth) and dwell in them (or at least spend part of the day and night in them) for seven days according to the biblical command in Leviticus 23:42: “You shall dwell in booths seven days; all that are born Israelites shall dwell in booths”

The seventh day of ‘Sukkoth’ is known as ‘Hoshana Rabbah’ (Great Supplication). This day is marked by a special service in which seven circuits are made by the worshippers around the synagogue with their ‘lulav’ (a closed frond of the date palm tree) and their ‘etrog’ (a citrus fruit similar to a lemon).
Psalm 118:25 is recited at this time: “Save now, I pray, O LORD; O LORD, I pray, send now prosperity.”

The Feast of Tabernacles, which coincides with ‘Sukkoth’, is celebrated by many Christians some of whom travel to Israel from all over the world to celebrate the Feast of Tabernacles in Jerusalem. They do this in accordance to the scripture quoted in Zechariah 14:16 which declares:  “And it shall come to pass, that every one that is left of all the nations which came against Jerusalem shall even go up from year to year to worship the King, the Lord of hosts, and to keep the feast of tabernacles.”
In fact, Zechariah 14:16 actually refers to the time of the return of Yeshua.

‘Sukkoth’ is a joyous festival. Let us all, Jew and Gentile, stand together at this time and pray for the “Peace of Jerusalem”. We trust that the church will publicly stand with Israel, comfort her, bless her, pray for her and take up its role to “provoke the Jewish people to jealousy so that they may be saved” according to Romans 11:11-14.

We at Emet Ministries wish Jewish people all over the world ‘chag sameach’. We pray that at this set time and in this season, the mercy, favour, protection and blessing of G-d be upon Israel and Jewish people the world over.