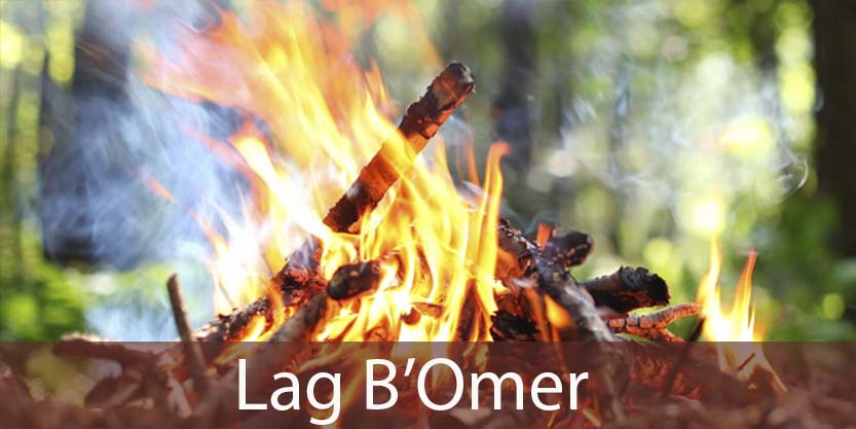 An ‘omer’ is a measure of barley which is equal to about 3.64 litres. However the Jewish Study Bible places the ‘omer’ at about 2.3 litres. In Biblical times, on the second day of Passover, it was a commandment to bring barley the size of an ‘omer’ to the Temple in Jerusalem. Then, fifty days later, on ‘Shavuot’, or Pentecost, it was a commandment to bring the first offering of the wheat harvest.

The origins of the ‘Omer’ count are found in the Torah itself. Leviticus 23:15-16  states that it is a commandment to count seven complete weeks from the day after ‘Pesach’ night ending with the festival of ‘Shavuot’ on the fiftieth day. The 49 days of the ‘Omer’ correspond both to the time between the freedom of the Israelites from slavery in Egypt to the giving of the ‘Torah’ at the foot of Mount Sinai on ‘Shavuot’, as well as the time between the barley harvest and the wheat harvest in ancient Israel. There are a number of explanations for why the 33rd day is treated as a special holiday.

The ‘Talmud’, the collection of ancient Jewish writings that forms the basis of Jewish religious law, states that during the time of Rabbi Akiva, 24,000 of his students died from a divine-sent plague during the counting of the Omer. The ‘Talmud’ then goes on to say that this was because they did not show proper respect to one another, befitting their level; they begrudged each other the spiritual levels attained by their comrades. Jews celebrate Lag B’Omer, the 33rd day of the count, as the traditional day that this plague ended.

After the death of Rabbi Akiva’s 24,000 students, he taught just five students, among them Rabbi Shimon bar Yochai who went on to become the greatest teacher of ‘Torah’ in his generation. The day of ‘Lag B’Omer’ is also celebrated as the ‘Yahrzeit’ (anniversary) of the death of Rabbi Shimon bar Yochai when tens of thousands of Jews make a pilgrimage to Rabbi Shimon Bar Yochai's tomb in Meron, which is a town in northern Israel. It is located on the slopes of Mount Meron in the Upper Galilee near Safed. They gather there to commemorate the anniversary of his death.

Some say the holiday marks the temporary victory of Shimon bar Kokhba’s men over the Romans. Bar Kokhba, the commander of the revolt was acclaimed as a Messiah, a heroic figure who could restore Israel.  The revolt established an independent state of Israel over parts of Judea for over two years until a Roman army of 12 legions with auxiliaries finally crushed it.

Obviously Shimon Bar Kokhba, although a great hero, is no Messiah.

‘Lag B’Omer’ became a symbol emphasizing the struggle for national liberation and freedom. Two popular customs take place during ‘Lag B’Omer’ to commemorate Bar Kochba's revolt; bonfires are lit and archery games are played, when children go out to the fields with their teachers with bows and rubber-tipped arrows, and bats and balls.

It is a time of dancing and singing and a day on which families go on picnics and outings.

In Israel, ‘Lag B’Omer’ is a school holiday. Youngsters and their parents light bonfires in open spaces in cities and towns throughout the country. Students' Day is celebrated on the campuses of the various universities. Also, hundreds of weddings are held on ‘Lag B’Omer’ adding to the festive character of this holiday.

In Israel, one knows that Lag B’Omer is drawing near when children begin collecting wood boards, old doors, and anything made from wood that can burn. This happens from one to two weeks before ‘Lag B’Omer’.

We at Emet Ministries wish Jewish people all over the world much joy and happiness on this joyous and very special day on the Jewish calendar.