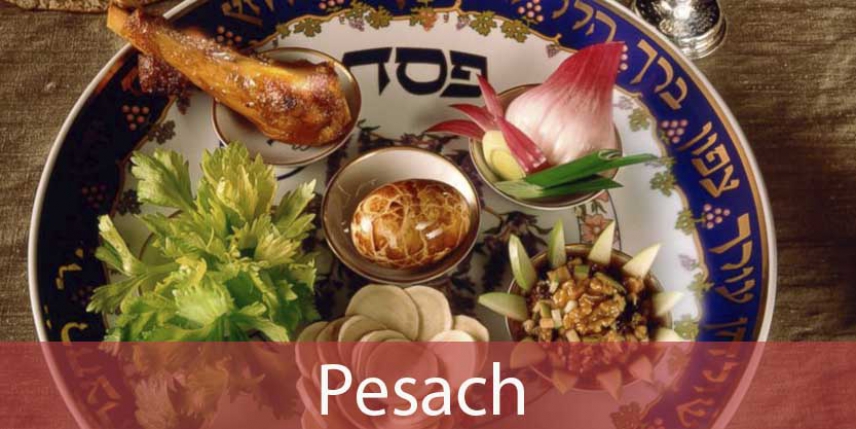 On the evening of the 27th April, corresponding with the 14th day of the Hebrew month of Nisan, Jewish people all over the world will begin celebrating ‘Pesach’ (Passover) to remember the miraculous events of G-d taking the Children of Israel from slavery in Egypt into freedom.

‘Pesach’ is a joyous festival and it is usually celebrated by the entire family (uncles, aunts, cousins etc).

The name ‘Pesach’ comes from the Hebrew root ‘Pei-Samekh-Cheit’ meaning to pass through, to pass over, to exempt or to spare. It refers to the fact that G-d "passed over" the houses of the Children of Israel when he was slaying the firstborn of Egypt.

'Pesach' is also the name of the sacrificial offering (a lamb) that was made in the temple on this holiday. The holiday is also referred to as ‘Chag he-Aviv’ (the Spring Festival), ‘Chag ha-Matzot’ (the Festival of ‘Matzoth’) and ‘Z'man Cheiruteinu’ (the Time of Our Freedom).

‘Pesach’ is a feast celebrated by Jewish people to remember the biblical events which took place in Exodus 12:1-27 when the Angel of Death passed over the houses of the Children of Israel and smote all the firstborn of the Egyptians.

On the eve of ‘Pesach’ (two nights in the Diaspora) a ‘Pesach’ dinner is held, called a ‘Seder’, in which the story of the exodus of the Children of Israel from slavery in Egypt to freedom in the Promised Land is related.

In Exodus 12:26-27 and Deuteronomy 6:20-25, G-d commanded fathers to relate the story of Passover to their children from generation to generation.

During ‘Pesach”, no bread or yeast is eaten by Jewish people; instead, ‘matzah’ is eaten. ‘Matzah’ is unleavened bread made simply from flour and water and cooked very quickly. This is the ‘bread’ that the Jews made for their flight from Egypt.

Much in Passover is Prophetic of Yeshua 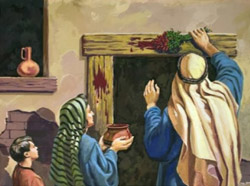 Four cups of wine are drunk and with each cup G-d’s words in Exodus 6:6-7 are remembered.

1. Cup of SANCTIFICATION:  “I will bring you out from under the yoke of the Egyptians”.
2. Cup of DELIVERANCE:  “I will free you from being slaves to them”.
3. Cup of REDEMPTION: “I will redeem you with an outstretched arm and with mighty acts of judgement”.
4. Cup of PRAISE: We praise G-d for his promise “I will take you as my own people”.

The extra Cup
At every ‘Seder’ table, there is an extra cup of wine. According to Jewish tradition, this cup is for Elijah the prophet; however as Believers, we understand that this cup is for Yeshua.

At every ‘Pesach Seder’ Jewish people look forward to the coming of the ‘Mashiach’ through the cry: ‘L’SHANAH HABA’AH BI’YERUSHALAYIM’ – ‘NEXT YEAR IN JERUSALEM’

Finally let us remember that, as G-d brought the children of Israel from slavery in Egypt to freedom in the Promised Land, He has brought all who believe that Yeshua is the ‘Mashiach’ for whom both Jews and Gentiles are waiting for, from being enslaved to sin and the darkness of this world to the glorious freedom we have in Yeshua.

We, at Emet Ministries, would like to wish Jewish people all over the world ‘Chag Sameach’.