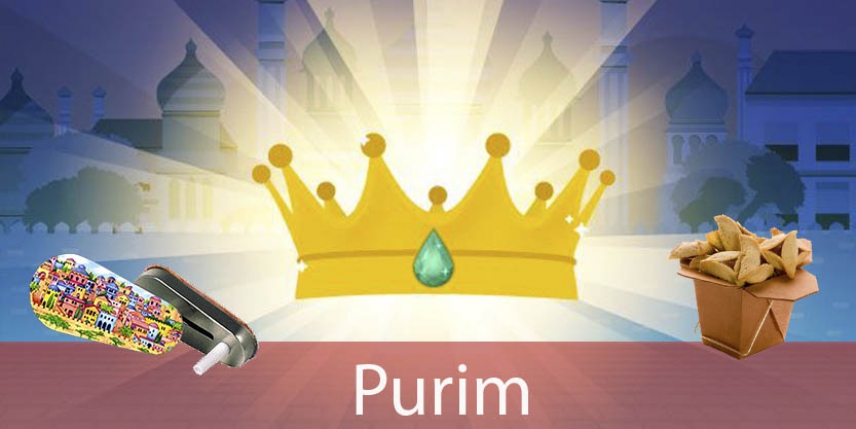 On the  25th February 2021, corresponding to the 13th day of the Hebrew month of ‘Adar’, Jews all over the world will be partaking in the ‘Fast of Esther’ to commence the celebration of the holiday of ‘Purim’.

‘Purim’, which, this year, takes place on the 26th February, could be called the happiest holiday of the year for Jewish people.
It is a time for giving to the poor, exchanging gifts with family and friends, dressing up in fancy dress, and generally a time for rejoicing.

If one walks down an Israeli street on ‘Purim’, you will see many Jewish people – both children and adults – in fancy dress; it truly is a wonderful time of the year for Jewish people.

‘Purim’ is a significant feast that speaks of courage in the face of overwhelming circumstances. It shows courage and faithfulness regardless of the obstacles, but mostly, it shows G-d’s faithfulness and deliverance of His chosen people in the midst of tremendous trials.

‘Purim’ commemorates the events found in the Book of Esther. These events took place around 200 B.C.E. in which a man, by the name of Haman, who hated the Jewish people of the day, devised a plan to destroy the Jews.
By casting ‘pur’ (lots), he decided on a day to destroy the Jews, the date being the 14th day in the Hebrew month of ‘Adar’, which is the date Purim is always celebrated.

The word ‘Purim’ comes from the Hebrew word for ‘lots’ (‘Pur’).
It is a story of great courage in which a Hebrew girl, Esther, becomes queen and, together with her uncle, Mordecai, foils Haman’s evil scheme.
Esther and Mordecai save the Jewish people and Haman is hanged on his own gallows which he prepared for Mordecai.

In synagogue on the evening of ‘Purim’, the entire ‘Megillah’ Esther (scroll of Esther) is read, and every time the name of Haman is mentioned, people shake rattles, stamp their feet and shout to drown out Haman’s name.

A traditional food, which is eaten during ‘Purim’, is ‘Hamantashen’, a delicious cake filled with either Poppy seeds or cream cheese.

I encourage you to read the Book of Esther, which is the only book in the bible in which G-D is not mentioned, and see how an ordinary girl courageously rose above herself and saved an entire nation.

Perhaps the first lesson we can learn from ‘Purim’ is that ordinary people can courageously rise up, stand against evil, and make a difference in society and in their sphere of influence.

The second lesson we can learn from ‘Purim’ is that, as believers in Yeshua, ordinary people can courageously rise up, and by taking the gospel to unsaved family, friends, colleagues, strangers and Jewish people you know can, through Yeshua, change the eternal destinies of many people, saving them from eternal death to eternal life.

To Jewish people all over the world, we wish you a HAPPY PURIM