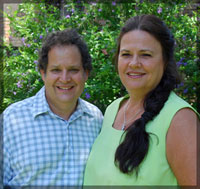 Emet Ministries was birthed by the Lord in August 2006, and was founded and is facilitated by Manfred Nochomowitz who comes from an Orthodox Jewish background, together with his wife Isit.
Manfred and Isit both came to faith in Yeshua in 1994 and in 1995 God spoke to them through the book of Ezekiel to go to the Jewish people and proclaim the gospel to them. After becoming a believer, the Lord began equipping Manfred and Isit as, by the grace of God, they progressed from being Cell Leaders to becoming Shepherds and then ultimately Associate Pastors at Hatfield Christian Church, a large and prominent church in Pretoria, South Africa. 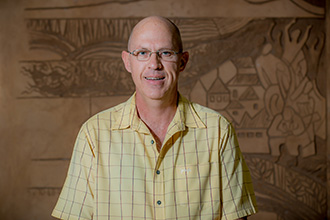 Sean is a Gentile believer born in Pretoria, South Africa. He is 48 years old and came to salvation in Christ during 1993.

Sean is a senior police officer in the Tshwane Metro Police Department with 25 years’ service.

Sean has had a passion for the Jewish people and Israel since his salvation. He was part of the original prayer group before Emet Ministries started and has been involved in the Ministry ever since.

Sean currently serves as a non-executive director and he is also the chairman of the Emet Ministries’ board. 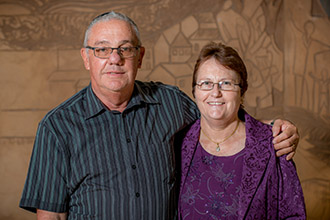 Martin is Jewish, born in Johannesburg, South Africa. Sandy is a Gentile, and together they are a ‘one new man’ couple.

They have been married for 40 years and have two married sons and two grandchildren.

Martin and Sandy gave their lives to Yeshua in 1976, and joined the Assemblies of God.

Martin served as an Elder then went on to Pastor the church. He went on to serve and Pastor in another Assemblies of God Churches. Sandy served as the Praise and Worship leader in both the churches and taught in the Ladies meetings. 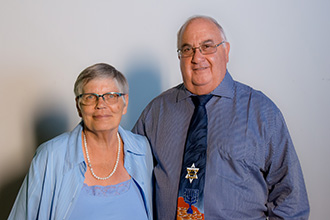 Pastor Rudolph and Betsie Claassen have been married for 48 years and served fulltime as pastors in the AFM of South Africa in various assemblies for 47 years. Rudolph was born in Beaufort West and Betsie in Wellington, Cape Province.

They have a son and daughter, who are both married with two grandchildren.  Rudolph and Betsie have the full understanding of "To the Jew First" and the "One New Man" truth. It is their tireless purpose to advance the vision of Emet Ministries. 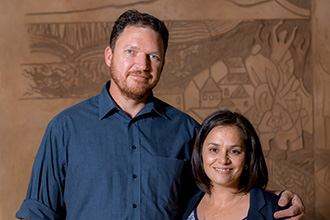 Murray and Natasha joined Emet Ministries during 2008 and have the blessing of having raised their 3 children in the Ministry. Being part of such a family of believers means a lot to a family raising young children in today’s day and age.

Praying for Israel and the salvation of its nation is a passion for the family, and it is a  privilege to be part of Emet Ministries, a vessel in His Kingdom. 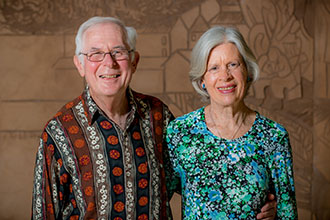 Lawrie Barnes was born in East London and gave his life to the Lord at age 10. Jean was born in Sandringham, Johannesburg, and first came to know the Lord in 1974 at the age of 24. Lawrie is an Emeritus Professor in the Department of Linguistics and Modern languages at the University of South Africa. Jean has a Master’s degree in Plant Physiology from the University of Natal, Pietermartizburg, but since the children were born she has pursued her innate talent as a one-on-one teacher of mathematics. They met as lecturers at the University of Durban-Westville.

Shortly after they married, they moved out of their traditional churches into the Charismatic Renewal movement. When they moved to Pretoria in 1984, they joined the Hatfield Christian Church where they served as cell leaders for a period of 10 years and later became involved in the prayer ministry. 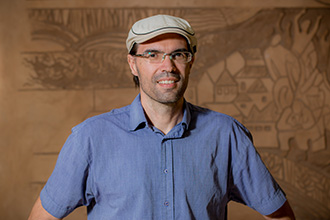 In 2001 my wife and I visited Israel and we were involved with the Shoresh team, serving on a Kibbutz and touring to Jordan and Turkey. In this year we were called to Jewish ministry, and developed a love for the Jewish people.

Following a period of relative inactivity, we joined Emet ministries in 2007 and I volunteered to become Worship Leader, which is my role to date.

I am married to Tania, who heads up the Dance Ministry at Emet. We have been married for 20 years, and have two children: Noah (10) and Jannah (8).